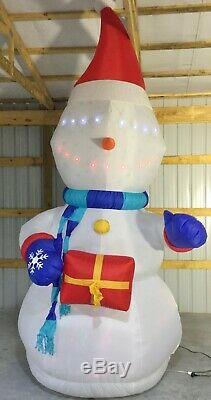 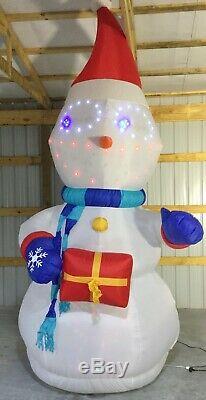 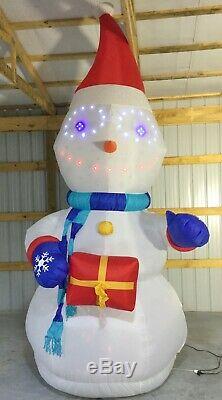 Gemmy Airblown Inflatable Prototype = This is a prototype meaning this item was a first run. Some of these inflatables were mass produced, some never made production. These do NOT have a retail display box, they are packaged in plain white or brown boxes. They do NOT include a stake and tether pack. Condition NEW = These are new but have been opened to take the picture shown. The pictured item is exactly what you are receiving. Some items may have been used for a trade show display but it was only used indoors for a short time. LightSync = Plays Deck The Halls and snowman's face lights up like he is singing. Some features on this inflatable are hand painted instead of screen printed. These features will withstand weather conditions. NO = tether loops located on this inflatable.